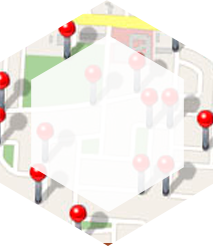 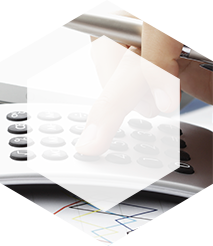 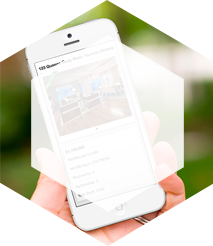 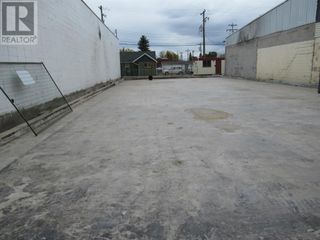 Information on the Town of Whitecourt

The Town of Whitecourt is situated in the west central portions of the Province of Alberta, lying approximately 177-km northwest of the City of Edmonton. The community has developed around Highway 43, which is the primary highway servicing the entire province and also forms the base for the Alaska Highway system.

The Village of Whitecourt was originally incorporated in the year 1959. New town status was granted in 1961 and town status was realized in the fall of 1971. Whitecourt has developed as a community servicing the oil and gas as well as forestry industries, which dominate the local economy. Initial growth within the area was related to the oil and gas sector with various oil company field offices and oil support businesses being established within the town. The forestry industry has had a more recent impact on the community, relating to the development of the Millar Western Pulp Limited a Chemithermal Mechanical Pulp Mill, the Alberta Newsprint Company Limited project approximately 6 km north and the National Silicates Plant. Whitecourt also serves as a major destination point along Highway 43, which generally traverses the central portions of the community. Rail and air services are also available.

Whitecourt experienced a period of phenomenal growth during the 1970′s leading into the early 1980′s. This was a typical circumstance impacting resource-based communities throughout the province. Both forestry and oil and gas were experiencing a period of tremendous growth through this time frame. The economic recession of 1982 had a severe impact on Whitecourt and other resource based communities. This was a direct result of significant downturns in both primary industries. Through 1982 to 1984, growth within the community was extremely limited, continuing through to 1985. At this point in time, the oil and gas sector gained significant momentum and this in turn created additional demand in both the residential and industrial sectors of the real estate market.

In the fall of 1986, initial construction on the 200 million-dollar Millar Western Pulp Limited project began. This also included the development of a magnesium sulfate plant directly across the McLeod River to provide chemicals for the plants operation. A sister company of Millar Western Pulp Limited undertook this project. In 1987, the 400 million-dollar Alberta Newsprint Company Limited project was announced. This was Alberta’s first newsprint mill with initial stages of construction beginning in the fall of 1988. This project has 210 permanent employees. With Millar Western providing 310 employees and 100′s of contractors, the forestry industry has provided the major impetus to growth and development in the community. The Oil & Gas industry showed resurgence in the mid to late 90′s providing a positive impact on the local economy. That is until late 1998 when the price of oil fell sharply to under $11 per barrel. This had a rather negative affect on the whole are. For the first time in almost 15 years house prices fell. Buyer confidence was slow to come back even as prices nudged upwards in the summer of 99. By the spring of 2000 oil prices were back and forth between $30 & $37 per barrel providing renewed optimism for the “patch” and the whole area.

As the price of oil rose commitments to delayed projects were resurrected. From mid 99 to present day the Town made available new industrial land in south east Whitecourt. Some 10 different projects quickly took up 28 acres at a cost of $8,000,000. 100,000 square feet of development was completed or well under way at the close of 2001. In addition for the first time in almost twenty years 2 new apartments were built (64 units) as well a two new motels (103 rooms). With the increase in the oil patch theses services were put to use very quickly. Even now Whitecourt continues to have a very low vacancy rate.

The most recent census was completed in 2004 and confirmed a population of 8,747 persons. This showed an increase of 5% for the Town over the 2001 census figures, but does not include the estimated 2,000 people within a 7 km. radius of the Town. In the last five years total school enrollment has increased by 220 students. The following chart will highlight population growth within the community since 1961:

Population growth has been steady over the past 5 years and is directly attributable to the strong economic growth in both the Forestry sector as well as the Oil patch. It has been estimated that our population could grow to 10,000 by the end of 2008.

Significant developments in recent years included a new power plant being constructed by Millar Western to dispose of waste products and to supply power to the local community. This represents a $40 million project that created approximately 30 to 35 permanent jobs. Millar Western has constructed a shake mill that created additional 25 permanent jobs. In 1995, the significant increase in the value of permits issued in the industrial sector entails a $12,000,000.00 plant expansion by Millar Western as well as a number of new conventional industrial properties. In the fall of 1999 Millar Western undertook a $40 Million project aimed at furthering their technology to make them even more efficient. The spring of 1998 saw commencement of a 30,000 square foot grocery complex by Extra Foods. It employed 60 full time employees. Then in the fall of 2000 they added another 10,000 square feet. Their growth and success has really not come at the expense of any other food outlet indicating we?re spending more in town as well as becoming a regional shopping center. In the fall of 2000 Canadian Tire completed the purchase of a large tract of land across form the IGA. In the Spring of 2002 they opened their new store offering almost 30,000 square feet of retail space. In anticipation of future growth in that area Canadian Tire purchased more land then they required. A Mark’s Work Wearhouse opened on the Canadian Tire corner in 2003. With another 23 acres beside and behind Canadian Tire Whitecourt is well positioned for other “Big Box” projects. These anticiapted developments will further increase the establishment of Whtiecourt as a Regional Shopping Center. Previously Whitecourt residents and those of the surrounding area went to Edmonton. This has had a major impact in our overall economy. Recently Canadian Tire announced that they were experiencing triple the projected revenues, and were drawing from a population base of 25,000 people. That’s more than double our immediate population. Overall, Whitecourt has exhibited a buoyant economy over recent years and this is anticipated to continue over the foreseeable future. Construction of new homes over the last 8years (1997-2004) surpassed the 480 mark with a total value over $60 million.

Phase I of the Town’s new Industrial Subdivision began in 2002 and offered 21 lots encompassing 29.11 acres. By the end of 2004 they were all sold. Construction in the Industrial area continues with Phase II which provides 15 lots and 43.86 acres. These lots came on the market January 2005. Phase I brought in $2.2 million which Phase II will be around $3.5 million.

In November 2003 plans for a new 75,000 square foot Wal-Mart were unveiled. Called the Whitecourt Power Centre it would also call for 3 more buildings for retail lease as well as a future site for a 36,000 square foot grocery store.

Wal-Mart has estimated being able to draw from a population base of some 41,000 people. That’s up from a current estimate of 25,000. Unlike other locations Whitecourt seems to be embracing Wal-Mart and have looked on it as a development opportunity.

In the Spring of 2004 construction of a small strip mall across the street from the Wal-Mart site started. It provided space for a 2nd Subway, A & D Loonie store and a new M & M Fresh Meats. Shortly thereafter a new 8 car wash opened on the same site. Future plans call for another 16-20,000 square foot strip to the South between the Vet Clinic and the CN tracks.

Construction started directly in front of Wal-Mart on 2 of the 3 stripmalls planned for this site in January 2005. It is likely to attract at least 6 new businesses. The third building right at the entrance should be started this summer.

It has been estimated that the Wal-Mart corner will attract over 20 new business and over 300 jobs over the next few years. Not only will these new ventures attract out of town shoppers but will also serve to keep Whitecourt Shopping Whitecourt.

Transportation has been one of the key factors contributing to the town’s overall growth. Of primary importance is the location along Highway No. 43, which is one of the province’s key northern highways. This Highway has been twinned through the Whitecourt and will continue on to Edmonton. When twinning is complete this Highway will form a new hi-speed corridor from the Alaska border to the U.S. border in southern Alberta. From this Highway it will form the portal to northern Canada and Alaska. In fact with the tremendous activity in the Grande Prairie region coupled with the oil, gas and lumber industries in and around Whitecourt the amount of vehicles going by the McDonalds has exceeded 15,000 vehicles per day. THE COMPLETELY TWINNED HIGHWAY 43 WAS OFFIAALLY OPENED SEPT 20, 2007.  The other highway serving the town is Highway 32, which in an northerly direction provides access to the Town of Swan Hills and, in a southwesterly direction, the Town of Edson. Rail Transportation is provided by the by the Canadian National Rail Line and, there is also an airport situated to the west of the town?s boundaries. While there is no scheduled air service the airport is large enough to land a Boeing 737 as well as the giant Hercules. It is also home to one of the largest Helicopter bases in North America with 60 helicopters and 8 fixed wing aircraft.

A full range of community services is available within Whitecourt and, in terms of education, elementary schools through high school facilities are available through both the public and separate school systems. The community has a number of different church groups and provides adequate medical facilities. Recreational facilities include 8 parks, a 18 hole golf course, twin arena facilities and numerous outdoor recreational activities. The $3,000,000 Forestry Interpretive Center opened September 2000, after many years of planning.

In conclusion, the Town of Whitecourt exhibits a resource-based economy supported by the oil, gas and forestry industries. The forestry sector has exerted a very positive influence on the community since 1986 while improvement in the oil and gas sector have been evident over the past 5 years.

The lowest interest rates in 40 years have fueled an already busy residential real estate market. Oil prices  fueled markets in 2005 and provided the same jump to start 2006.  Throughout 2005 oil prices edged upward almost on a daily basis.  At the end of August it topped out at an incredible $70.20 per barrel.  Then September 2007 it topped out over$90.00 per barrel!! Needless to say the housing market was extremely busy.  House prices virtually doubled from the Spring of 2005 to Fall of 2007.  Upwards of 100 new jobs could be created in the retail sector this year and will continue to put pressure on all types of housing in Whitecourt. Rather than this being a problem Whitecourt will look at it as an opportunity.

Whitecourt has proved to be very resourceful and continues to find ways to grow. The indicators mentioned above all point to a very positive future with less and less dependence on the City of Edmonton. 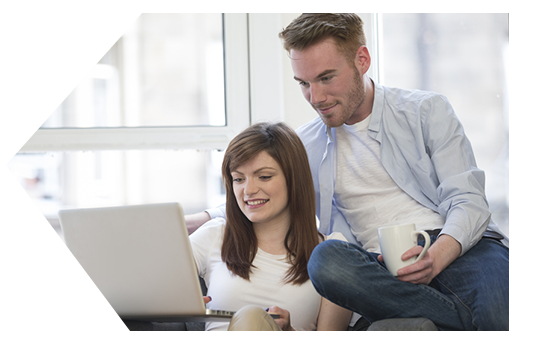 I make myself available at all times. My web site is here to help you 24 hours a day. You can search listings at your own convenience, browse reports, and read up on real estate info on your own terms.

Site Design is a copyright myRealPage.com Inc. All rights reserved.

Powered by myRealPage.com
The trademarks REALTOR®, REALTORS®, and the REALTOR® logo are controlled by The Canadian Real Estate Association (CREA) and identify real estate professionals who are member’s of CREA. The trademarks MLS®, Multiple Listing Service® and the associated logos are owned by CREA and identify the quality of services provided by real estate professionals who are members of CREA. Used under license.